That’s why it’s worth watching and following the story of Billie Jean King’s Eye Coach.

“Everything in one’s game starts there,” King said Monday night from Wimbledon. 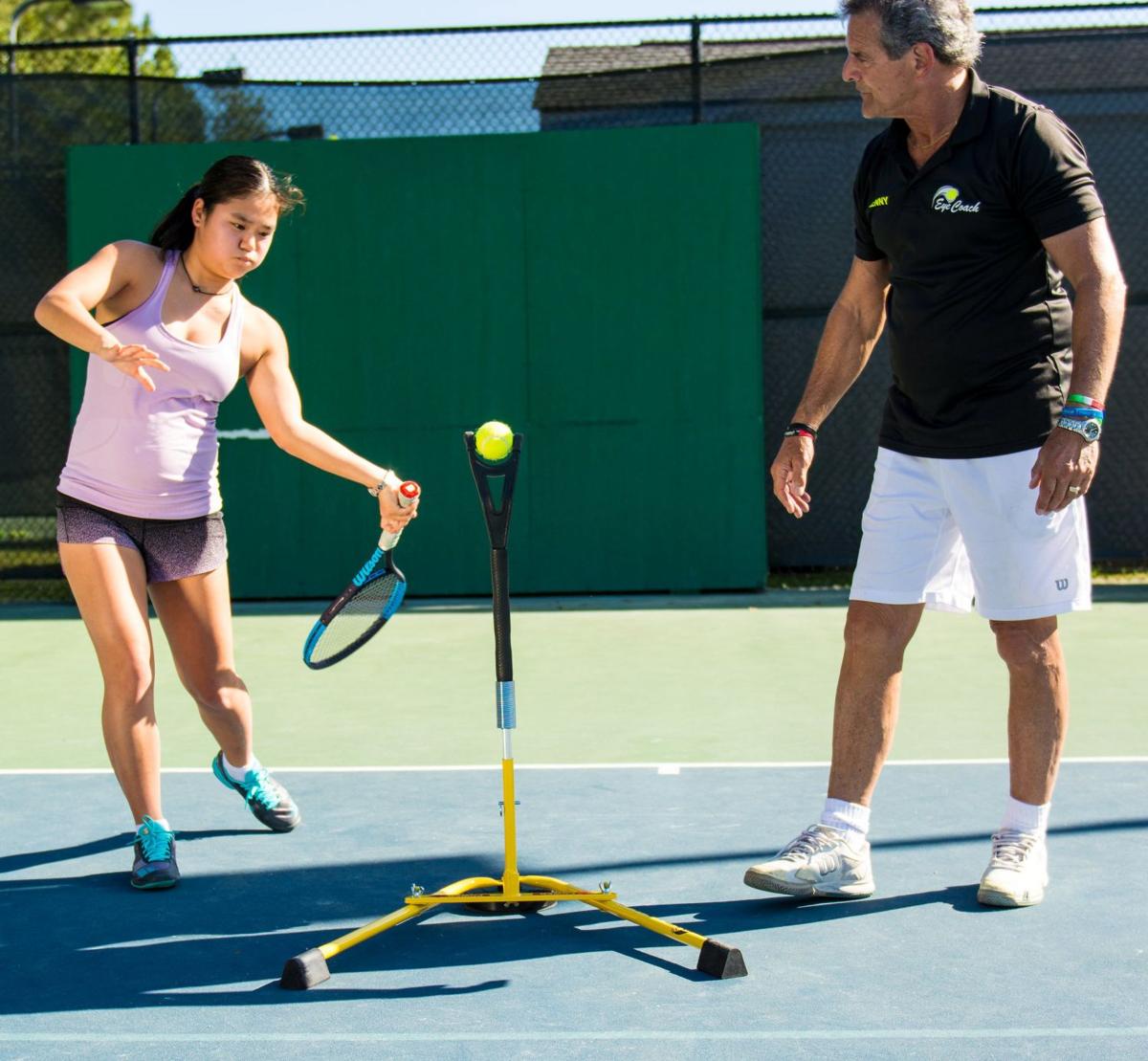 “There” is the point of contact. And that’s what the Eye Coach has been all about in its creation by local tennis pro Lenny Schloss.

The Eye Coach is a revolutionary product whose “point of contact” concept has stood the tests in the games of greats such as Roger Federer and Rafael Nadal.

King was sold on the product six years ago when she first met Schloss at the Family Circle Tennis Center during the 2012 finals of World Team Tennis. Schloss was a pro at the Daniel Island complex at the time.

“The Eye Coach’s point of contact training is the same thing that I emphasized throughout my career,” King said. “That’s how I won 39 Grand Slams.”

That’s also why she put her name on the Eye Coach.

“I had never done this before, but tennis needs this breakthrough and this foundational training is an answer to an age old problem . . . really keeping your eye on the ball,” she said.

“Here’s the secret. You follow the ball to the point of contact. That’s tracking. Then you condition your brain to stop your head from shifting too early. This is what the Eye Coach does.”

Schloss and the Eye Coach have been part of the training at the Randy Pate Academy at LTP Tennis in Mount Pleasant for only about six months, but the results have been rather amazing.

“Thirty percent of all the players in the South in the top five of boys and girls 16 and 18 are from this one academy, not the state of South Carolina but just this one academy,” Schloss said about the Eye Coach’s impact on Randy Pate Academy players.

“Billie Jean has not put her name on anything in tennis except the U.S. Open. This is the only thing now that she is really invested in,” said Schloss, a former All-American at the University of Tennessee and former men’s pro tour player.

“Two months later (after King’s introduction to the Eye Coach), she said, ‘Put my name on it. That’s a device that would be for everybody. We need to get it into the home. Let’s put this into every school in the country’.”

That’s how Billie Jean’s partnership with Schloss and the Eye Coach started.

“Lots of people have good ideas. The difference with Lenny is that he also puts his heart and soul into everything he does. He knows that tennis needs something more and has dedicated his life to making this happen,” King said.

“We’ve sold in 41 countries, but our major emphasis has been the U.S. It’s purchased for use both at home and on the court and by individual players and coaches. It works equally well for both, and has an added value of increasing the amount of cardio training players can receive, instead of picking up balls.

“We need players developing a better base so they can improve more rapidly and then stay in the game. Beyond that, we have huge goals in helping in schools, with under-privileged children, under developed countries and with those who are challenged in various ways,” King added.

The Eye Coach is a battery-less non-electrical device that helps teach players to put the sweet spot of a racket on the ball and complete the follow through before lifting the head and eyes to follow the ball’s flight. It is compact enough to be used in the home or in a garage or on a back porch.

“The main goal is to help coaches get out of the brain what they put in so they won’t have to repeat the lesson 17 times,” Schloss said. “We want the kids to be able to learn faster and to practice at home.” 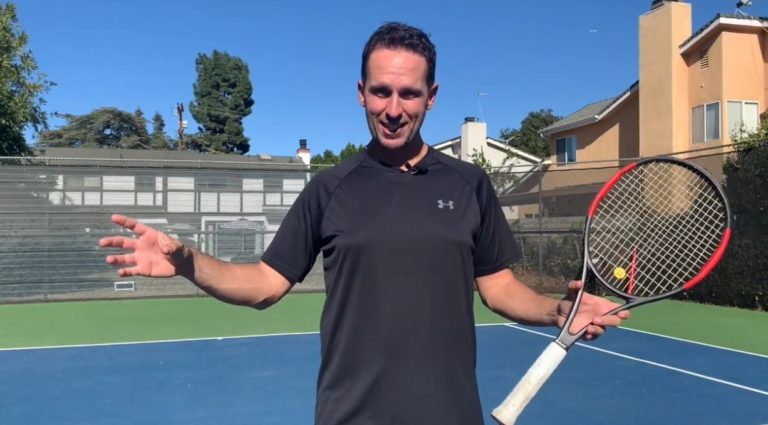